Just a little ephemeral thing I did that I want to preserve… at least for a while: 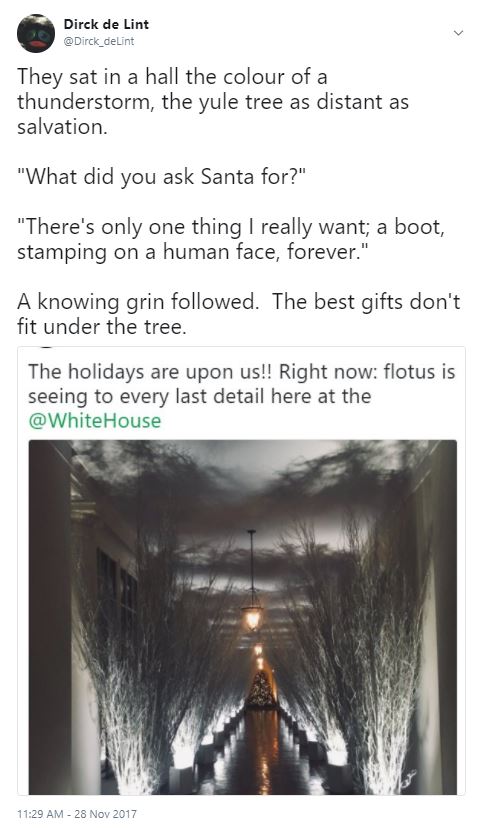 Fountain pen fancier and repairer, intermittent intellectual, underfunded anarcho-dandyist, and self-admitted writer of fiction, who's given to frequently wishing everything he wrote of a nonfictional sort was being read aloud by Stephen Fry, and everything else by either Vincent Price or Christopher Lee. View all posts by Dirck

This site uses Akismet to reduce spam. Learn how your comment data is processed.